Nyash calls herself a “PrEP champion” — an advocate for pre-exposure prophylaxis, which, when taken as prescribed, is highly effective for preventing HIV in people most at risk. At just 25 years old, she has escaped the grips of violence and addiction, returned to school, and become a leader in her community — driven by her passion to protect the rights of women just like her: sex workers and drug users.

Nyash is a peer educator with Bar Hostess Empowerment and Support Program (BHESP) in Nairobi, where sex workers and drug users are criminalized and live at high-risk of HIV. Peer education is the cornerstone of BHESP’s work.  As Kenya’s first organization led by and for sex workers, BHESP trains peer educators like Nyash to break the chains of HIV transmission.

Peer educators draw on their own lived experience to empower colleagues.  At BHESP’s wellness centre and mobile clinics, they have reached thousands of vulnerable women, educating them on HIV prevention, testing and treatment. And on their rights: to dignity, safety and health.

Here is Nyash’s story, in her words.

“Mine is a story not too many want to tell but I try to talk about it every chance I get.

I was born and raised in the Mathare slums in Nairobi. I was born into a family of eight children, and I was the first born. I am 25 now, with seven mouths to feed and take care of.

I was lucky to get basic formal education after standard six when my mother died. By how fluent I can speak English, you already know what my favourite subject is.

I pride myself on being one the best groups in Kenya that are not formally educated, but can express themselves in correct English. I’m mostly self-taught.

I became a sex worker at 16, to supplement my income, in order to take care of my family. My single mother left before she died.  And at this point, abandoned by family members, I was given the responsibility to take care of us. Somebody had to do something, and that was me.

My mother died a sex worker, drug addict, and mostly I blame the doctors for neglecting my mother because she was an alcoholic and a heroin addict.

I have been a sex worker for nine years and a recovering heroin addict. I have been arrested, and put in jail for possession of drugs before, and denied health services whenever I showed up drunk to health care service centres. I was rejected for any other form of employment because I was a drug addict, and facing stigma and discrimination from the community and other family members.

This only sunk me into depression more, trauma, and getting exposed to violence at a higher rate. I was raped, assaulted, and harassed, a couple of times. All of this is because I was a drug addict. This goes without saying just how much female sex workers face, and in this case, drug users.

“Right now, mine is a success story.”

I joined Bar Hostess Empowerment and Support Program as a peer educator, and have risen through the ranks of advocacy while working on my addiction. All of this was possible because I was supported in my recovery journey. Not so many get to be lucky.

I want to one day wake up to the news that everyone who was going through what I have gets the same opportunity and support I was given, instead of being incarcerated and taken to prison.

Counselling on PreP. All photos by Wambui Gathee. 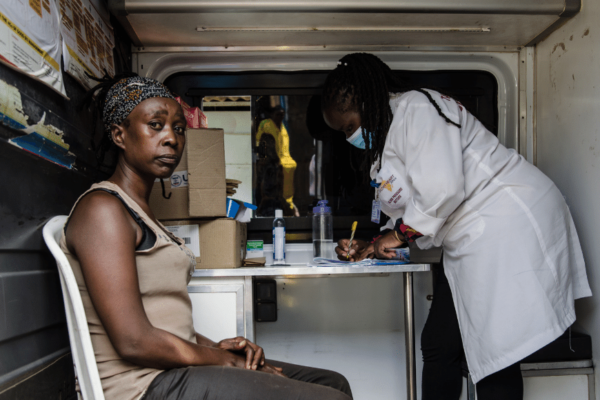 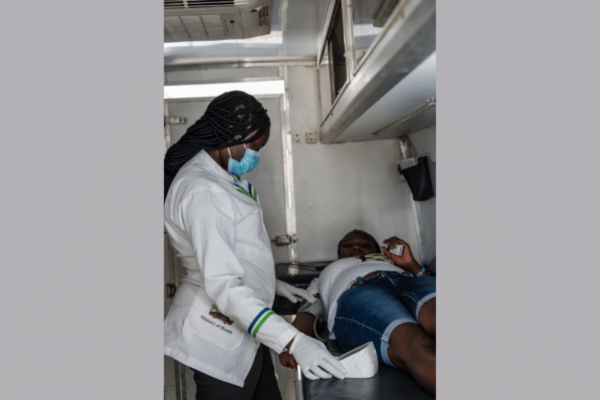 Checking a client's blood pressure in a mobile clinic. 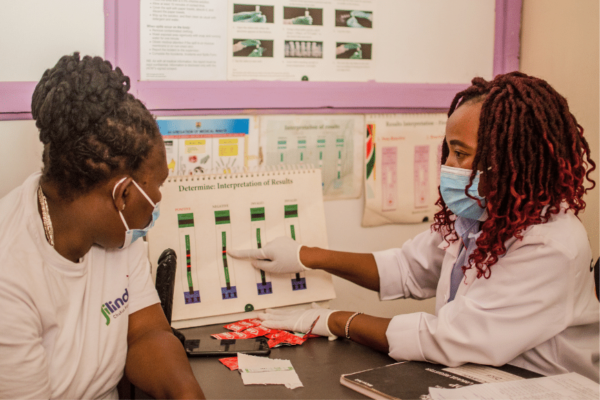 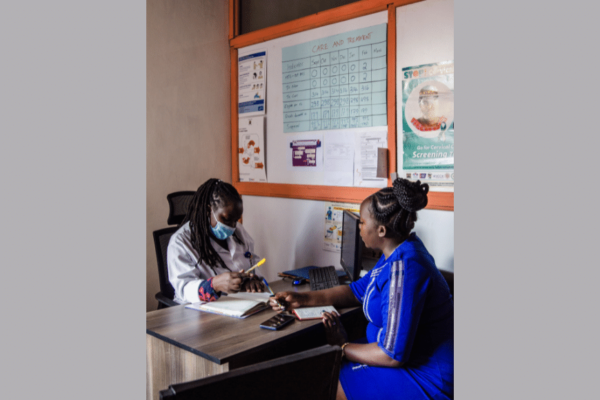 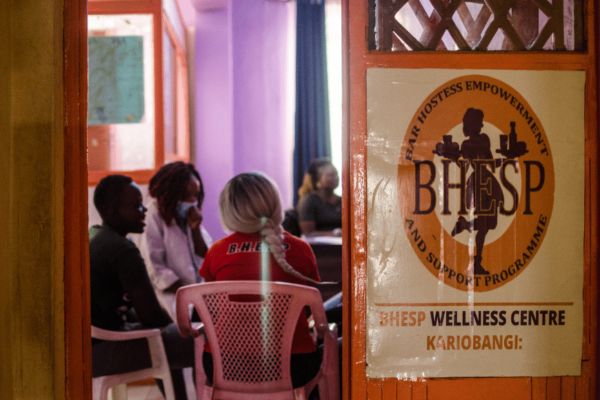 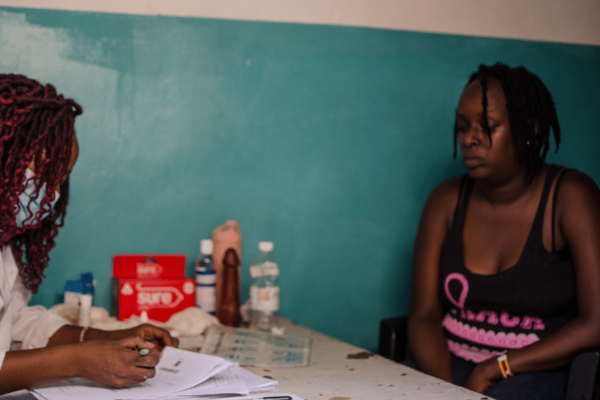 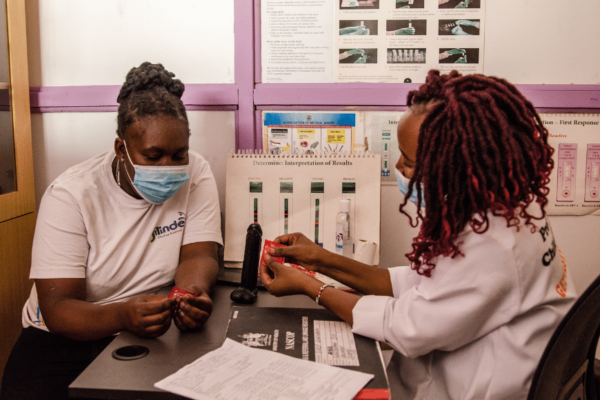 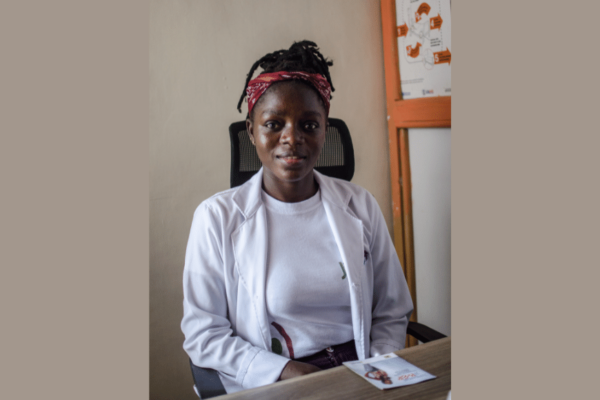 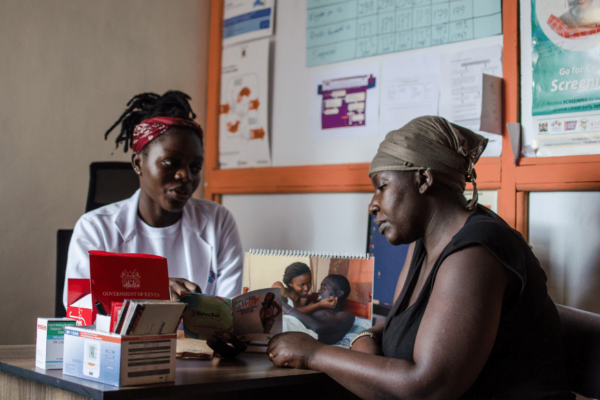 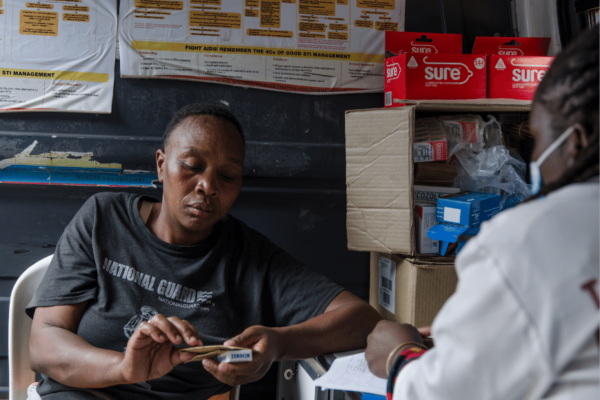 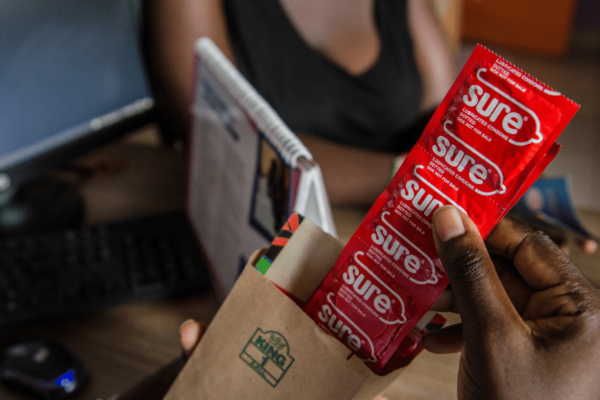